A while back the big 3 announced the adoption of a new relationship attribute for the header link tag in order to specify a preferred version of a page where there may be different ways to access it and to help avoid issues with duplicate content. It’s nice to have an option for when you take over a badly built site where there isn’t a budget to rewrite a lot of code and do a million 301 redirects but this is just a band-aid on a larger problem.

This is why architecture of a project is important and if you build it right the first time, you don’t have to worry about this being an issue. There are always times however that a bot will surprise you with some weird entry URL so as a guideline, it’s good to monitor your analytics and do simple 301 rewrites as they happen, if they happen. It’s good to know too that WordPress handles a lot of the heavy lifting for you already so if you have a WP site – you’re pretty much setup already.

Overtime we’ve seen canonical meta tags be useful in ecommerce applications, pagination, or for audits where you may not be able to change core site code. It’s helpful when there are child pages that don’t necessarily need to be indexed so you use the main product page as the canonical link for those, etc. But if you’re building from scratch – you had better not need them!

Use Dashes not Underscores in URLS for good SEO

I need not delve into the technical details of percent-encoding to make my point regarding keeping your URLs clean as part of your on-site search optimization, but some basic coaching is in order. I see a couple repeat offenses that bother me and I would like to discuss them here briefly in hopes of raising some awareness of the situation.

TL;DR
– Use Dashes in URL’s NOT spaces or underscores
– Don’t use any special characters in your urls. Only letters, numbers, and dashes.

END_OF_DOCUMENT_TOKEN_TO_BE_REPLACED

What Foursquare 3 means to Small Business

Foursquare has always been about encouraging people to explore their town and discover new places and things to do and eat. By using tips and to-do’s and highlighting trending locations it provided an interesting way to find out what people liked, where they had previously been and what they thought about the place.

Version 3 of Foursquare has just been released and with it they’ve really revised the way users will interact and find venues – and because of that SMB’s have the ability to benefit more than ever before. Previously I wrote an article on “Local Search Marketing using Foursquare” which is still a great lead-in to this post as the same underlying reasons of why a business should use Foursquare to begin with still apply. But lets talk about what small business can get out of Foursquare 3.
END_OF_DOCUMENT_TOKEN_TO_BE_REPLACED

I mentioned previously that I was speaking at the Local Search Summit in NYC during Search Engine Strategies. New York was great, met (in person) great people in the industry that I’ve only previously talked to online and more importantly was able to present on something I’m very passionate about – local search. My talk and accompanying slide deck focuses on Foursquare and using Foursquare for local search marketing. END_OF_DOCUMENT_TOKEN_TO_BE_REPLACED

Notes on Self-Promotion by Peter Shankman

There was too much going on at SXSW for me to catch everything – I’m catching up on panels I didn’t see and Peter Shankman had a great talk on self-promotion and how to do it right. Honestly this stuff is very common sense but if you’ve been on twitter or facebook for more than a day you know that most people still don’t get it. Here are my notes from his talk.

END_OF_DOCUMENT_TOKEN_TO_BE_REPLACED

I’m packing up and heading to NYC to speak and be on a panel about Local Search Marketing, more specifically asked to focus on Foursquare and location-based mobile apps. To be honest I’m humbled to be on a panel with some wicked smart cats (@W2Scott and @Matt_Siltala) and going to New York to speak? Crazy talk!

If you’re going to be there, please stop and introduce yourself and say hi!  If not I’ll have my slides up for review and hopefully somebody is recording it.

It’s that time of year again when all the geeks in the web tech community converge upon Austin Texas and form insanely long lines for blocks to get into Facebook, Mashable, Digg and Foursquare parties to get free tshirts, tech gear and free drinkage and hopefully get to meet “internet stars”…  Something like that.

I got over that year one – but SXSW Interactive is a great time, good to hang out with all those you talk to online from around the world and build better relationships, meet other entrepreneurs and gather insight on their positives and failures in the startup world and more.

Austin itself is a really cool town, great downtown area and awesome music scene.  The conference is beyond huge and offers a lot of information packed into a week.

So with that I’ll link you to my SXSW schedule if you’d like to see the panels I’m hitting or you can track me down via the normal methods: twitter, foursquare, gowalla & brightkite.

I found this post about a TEDx Speech by motivational speaker and author Simon Sinek entitled, “Entrepreneurs: It’s Not What You Do, It’s Why You Do It”. He talks about his concept “The Golden Circle” (3 circles representing the different ways we think about a product/goal (watch the video)), goes into the Diffusion of Innovations theory and explains it all quite well.

It’s a philosophy I have always felt and more recently started following myself for a while and, among other things, explains why past business partnerships I’ve made eventually failed and why I’ve decided to be solo for good. This whole talk refers to and explains (MUCH better than I could) why I say “old school” all the time; this is what I mean, people I say are old school are working for the paycheck, not for what they believe. Living in the top 10% and trying to do business with somebody in the last 16%… let’s just say you don’t quite see eye-to-eye.

Anyways it’s good and I thought it needed to be here for you.

Check out his book on Amazon: “Start With Why” 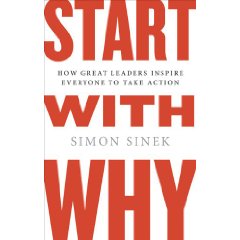 I’d like to clarify things with the last post about my switch from Android to iPhone.  I didn’t get too specific because one, I felt stressed to get the post out quick and 2 I felt stressed about the video.  Partly why I suck at updating this blog, but whatever.

I keep getting asked to elaborate a bit and now that I’ve had the iPhone 3GS for a couple days I have some more details and insight that may interest those who have pondered a similar switch.

iPhone quirks at the moment

Anything I currently miss from Android?

I’m sure there will be more things I forgot (always is) but you can follow me on twitter for the smaller bits of info and all my other random stuff I post about.

Jan 2010 UPDATE: I waned to mention a great post on TechCrunch titled “An iPhone Lover’s Take On The Nexus One” that’s worth a read.

I know there are going to be a couple laughs and a few fingers pointed, but I can take it, so here it goes… I’ve migrated to an iPhone 3Gs on AT&T from my G1 Android on T-Mobile. Yup – that just happened.