Online Satellite Mapping – which is better?

I need to start off by saying I’m an avid use of Google Maps much more so than Yahoo’s or Mapquest’s or MSN’s (mapblast) – I like the functionality, features and data presented with Google maps over the others. In a real world situation, such as having clients find my office, I wanted to know what was really the most updated image/data and best resolution between the mapping sites.

Points to note: I used the same address of 140 S. Ash Ave, Tempe Az 85281 for all. Each image was screenshot with windows print screen and cropped to the same size and saved out as a quality 75 JPG from photoshop. (FYI – I only added white covers to hide the advertising on Mapquest and they also had no data on the furthest zoom level so I had to back it off one notch. Also mapblast (MSN) doesn’t even offer satellite views and is sooo horrible of a User Interface I excluded them from this experiment.  As a late addition (30 April 2008 @ 1900) I added Live maps because I forgot about that one initially – thanks to Paul Sutton and Ben Atkin for pointing that out). 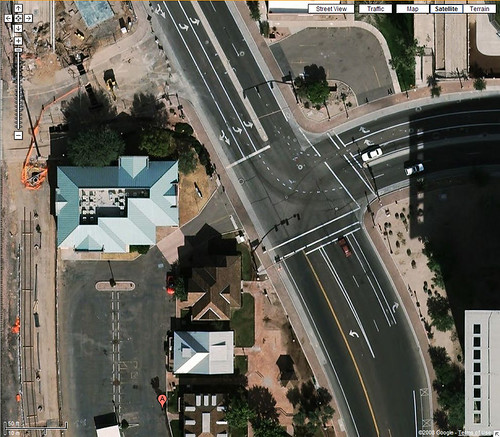 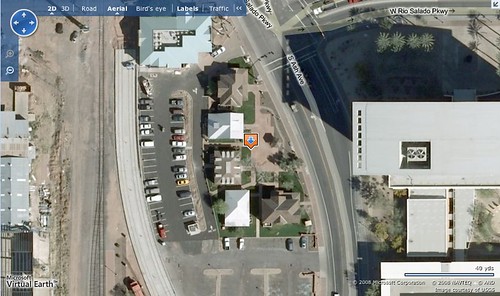 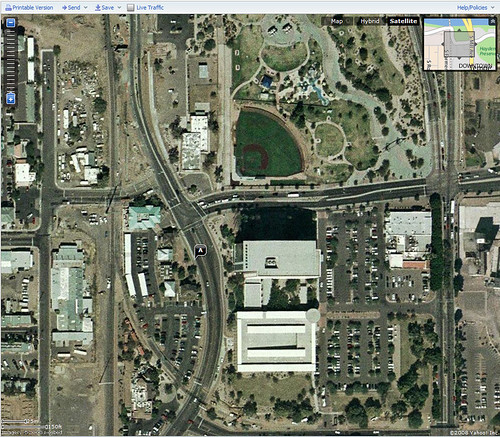 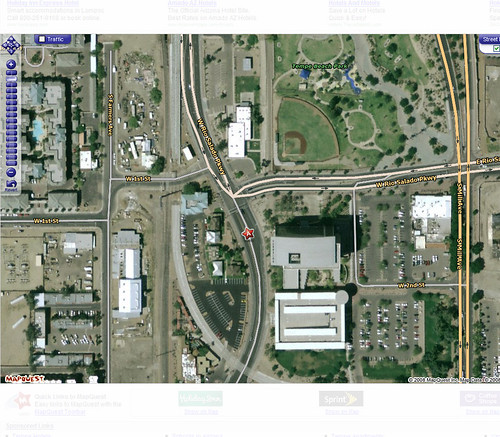 As you can see the resolution and zoom level in Google Maps is of much higher quality and with the ability to edit the marker in Google My Maps, I was able to better show where our actual office is instead of being in the middle of the street down the road.  After reviewing Live maps I’m somewhat of a fan of that as it offers a satellite view and also a “birds eye view” which is like an isometric view.  Both Google and Live have very clear high resolution images but again because of the overall functionality, and editablity of Google… I still will use that

6 Responses to “Online Satellite Mapping – which is better?”